Rev. Lee Chitwood is a native of Williamston, South Carolina and has been the Minister of Music at First Baptist of Newnan since August of 2000. He holds a Bachelor of Arts in Music from Anderson University in Anderson, South Carolina and a Master of Music from Southwestern Baptist Theological Seminary in Fort Worth, Texas with concentration in voice. Lee has extended study with Peter Halverson in voice and Rene Clausen in conducting at Concordia College in Fargo, North Dakota and Anton Armstrong in conducting at St. Olaf College in St. Paul, Minnesota during sabbatical study in 2005.

Rev. Chitwood has performed solo work in the continental United States, Alaska, Russia and Romania. Major works include Handel’s Messiah, Schubert’s Mass in G, Greg Nelson and Bob Farrell’s Saviour and Ralph Vaughan Williams’ Five Mystical Songs. Lee is an advocate for youth choirs hosting the Georgia Baptist Youth Choir Festival in 2004 and served as guest conductor in 2005. Lee has also been featured Youth Choir Clinician at Church Music Georgia for the Georgia Baptist Convention in 2008 and 2009, the Church Music Conference of The Southern Baptist Convention in 2010 and the Tennessee Baptist Convention Church Music Conference in 2011. For the past 20 years Lee has taken youth choirs on annual tours across the United States and abroad to Europe and Japan. Since 2008 Lee has been adjunct professor at Brewton Parker College teaching Church Music and Worship. Lee is a member of two professional choral groups, The Sons of Jubal and the 2000 Grammy nominated male chorus The Century Men and has been soloist in both groups.

Lee and his wife Andrea have two girls, Ashlee Grace and Abbey Rose. 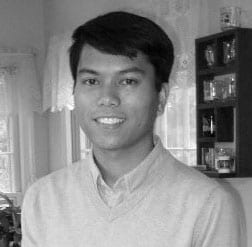 Subject: Saxaphone Alex Truitt studied at the Schwob School of Music of Columbus State University where he received his Bachelor’s in Music Education. There he played in the Wind Orchestra, Wind Ensemble, Jazz Band, and saxophone quartet. He started taking piano lessons in the first grade from Amy Wilson at First Baptist Church of Newnan…. 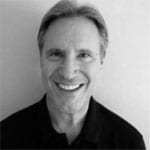 Subject Area: American Guitar, Recording Brian Mesler performed contemporary American Blues and Jazz at venues, private, and corporate engagements as a solo, duet, or ensemble from 1990 to 2000 with over 1400 shows. Brian has served on the faculty at SOTA since 1996 teaching American guitar styles and offering mobile recording for all ages, skills, and…

Subject Area: Voice Andrea Chitwood is the School of the Arts director and private voice instructor as well as Young Musicians Choir director at First Baptist Church Newnan, GA. Andrea has been Sr. High Choir assistant for the past 20 years taking students on annual tours and festivals including destinations across the US, Europe and… 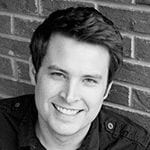 SUBJECT AREA: PIANO Brian Coski is excited to rejoin the teaching staff at First Baptist Newnan’s School of the Arts.  He has received degrees from Liberty University (B.M.) and Georgia State University (M.Mus.Ed.). In addition to a long history in religious, educational and theater environments, Brian attributes piano performance studies as an interest that has shaped his career direction and specialty. He has also been privileged to work as an…

Subject Area: Trumpet, Teeny Tykes & Tunes Erin Fenton has a Bachelor’s degree in Trumpet Performance from Northwestern University, in Evanston, Illinois.  There she studied with former Chicago Symphony Orchestra members such as Vincent Cichowitz and Charles Geyer, and performed with the university orchestra, wind ensemble, jazz band and various small ensembles.  Prior to college,… 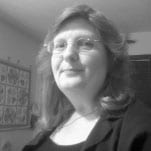 SUBJECT AREA: STRINGS- Violin, Viola, Cello, Strings Ensemble, Orchestra Viola Pike has taught private music lessons in Newnan for over 10 years. She has taught violin to students as young as 3 years old through adult. She has been the substitute director for The Joyful Praise Home School Choir for the past 3 years and…